Skip to content
Monumental Complex of the Bourbon Prison

The Monumental Complex of the Bourbon Prison, whose function as a penal institution was abandoned in 1987, hosts various sections of the Museo Irpino in three pavilions once used for male detention: the art gallery, the lapidary, the open depot, the Risorgimento section, the scientific section, and the new exhibition path: Irpinia – Memory and evolution. In the same pavilions, some spaces are used for cultural services, such as the CRBC, the Regional Centre for Cultural Heritage of Naples, the MIBAC catalogue office, rooms for temporary exhibitions, an auditorium and a conference room.

History of The Monumental Complex of the Bourbon Prison 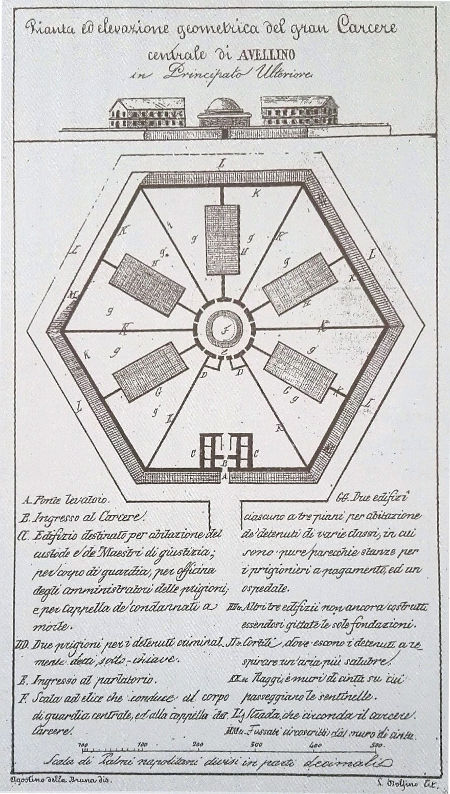 The works for the construction of the Bourbon prison began on 2 August 1827. The project was drawn up by the knight engineer Giuliano de Fazio.
The first stone was laid by Giovanni Antonio Zurlo, as governor of Principato Ultra. The first pavilion was completed in 1832, then the second section and the chapel on the second floor of the central tholos were added. In 1837 the central building was completed and then a drawbridge was installed in order to cross the moat.
The prison structure was inspired by utilitarian architecture, based on collective buildings with independent sections converging in a circular central body, the so-called panopticon, from where everything was visible.
The Panopticon, the inspection house, was first described by the English philosopher and jurist Jeremy Bentham in a treatise published in 1791. The idea behind this type of construction was the radio centric shape of the building which, thanks to its particular architectural features, ensured a full control of the structure and prisoners.
The building of the Bourbon Prison of Avellino has today a hexagonal plan with five sections and the tholos, a circular plan structure that rises in the centre of the complex: from here, through a terrace, you reach the guard walkways which go along the branches, connecting the centre of the structure to the perimeter walls.
The three pavilions, originally used for male detention, are different from the others for a greater care in the facades design, all made with exposed bricks and large windows framed in recessed arches. The complex also includes several single-level rooms built in the courtyards in following phases, used by the prison structure as kitchens, workshops, carpentry and other activities that took place inside the prison.
All the buildings are enclosed by a high wall, made of tufa stone, beyond which there is a deep moat that separates the buildings from the city. In the perimeter walls there are access gates that do not fragment it, but preserve the massiveness of the wall fortification, even if they introduce permeability and introspection reinforced by radial convergence.
The control building, once used as the director’s residence, is accessible from Via Dalmazia through the moat overpass, that has replaced the old drawbridge.
The convergence point of the prison five sections is the central tholos, which has a circular plant made up of two concentric circles. The inner circle is developed on two floors, has a lowered dome roof and contains a helicoidal staircase made of worked and bush-hammered lava stone; the front of the gardens is unframed. On the ground floor the passage to the outdoor spaces is connected to two trapezoidal spaces (former visiting rooms). On the first floor there are the loggia and corselli, on the second floor the chapel with a domed roof for the celebration of religious functions, which is the central nucleus of the tholos.
The structure was also equipped with a “women’s pavilion” and a “hospital and old stuff pavilion”. 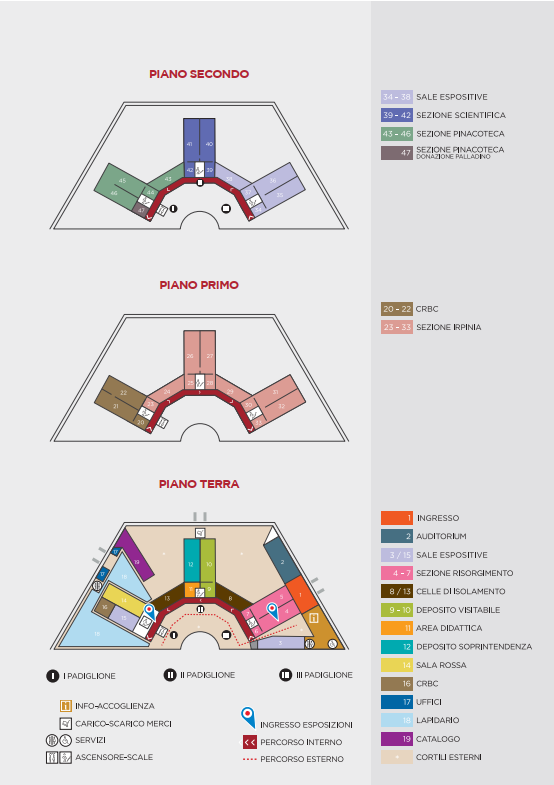 Until it was closed in 1987, the Bourbon prison played its role as a district court. Since the early 2000s it has undergone major renovations that have made it the precious monumental complex we see today. 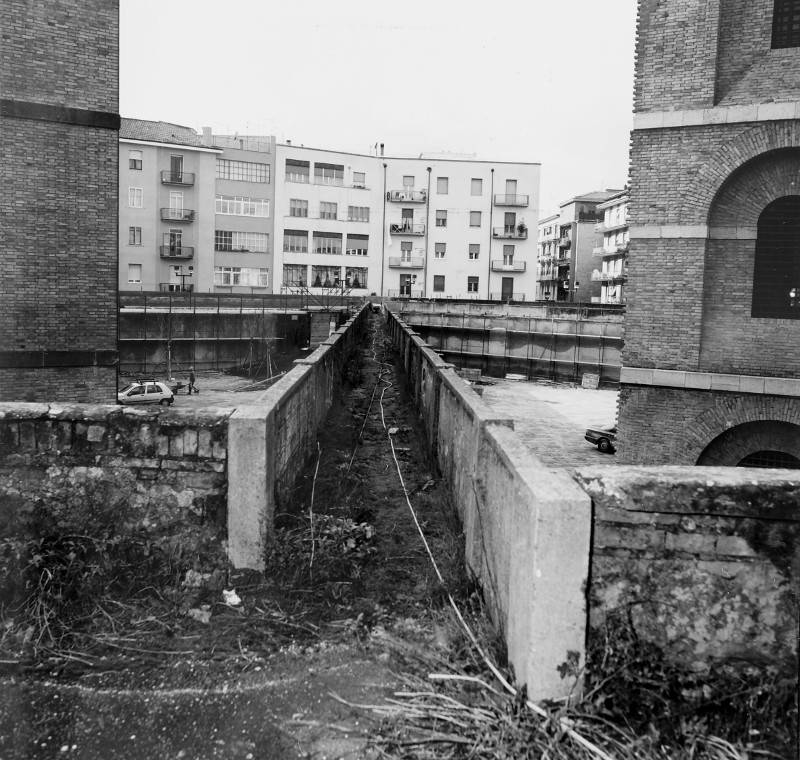 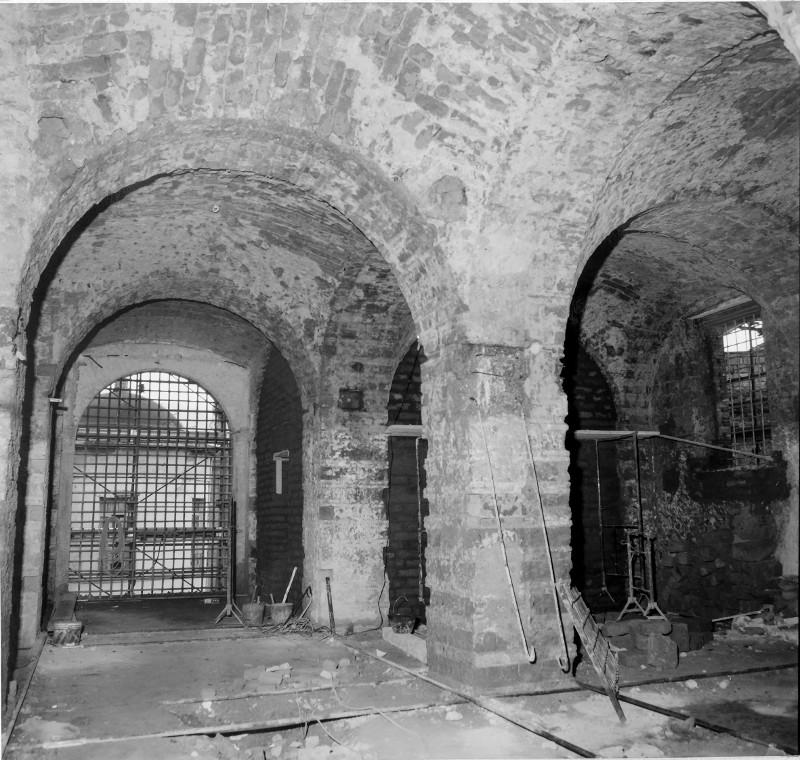 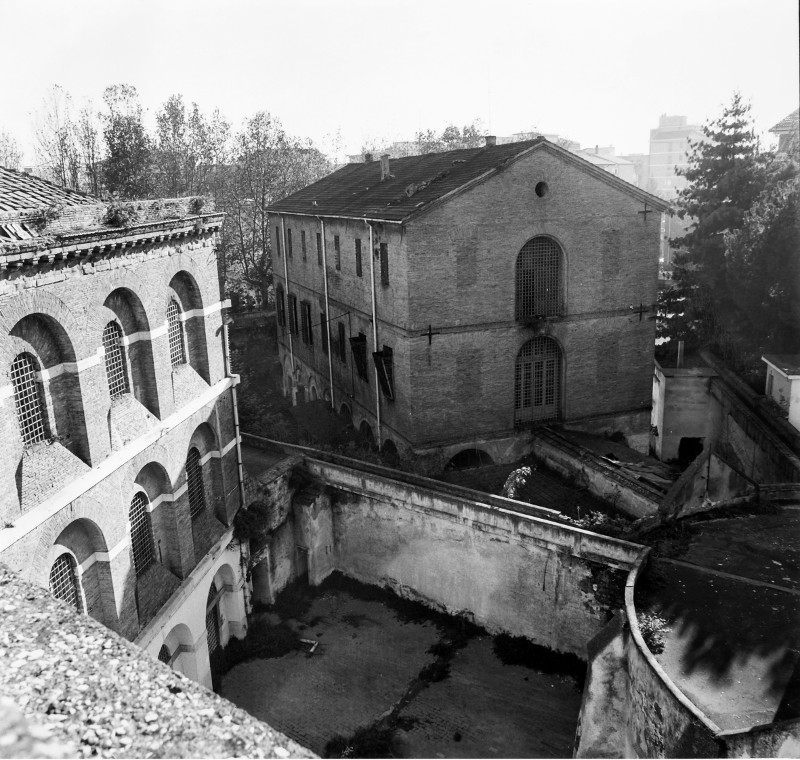 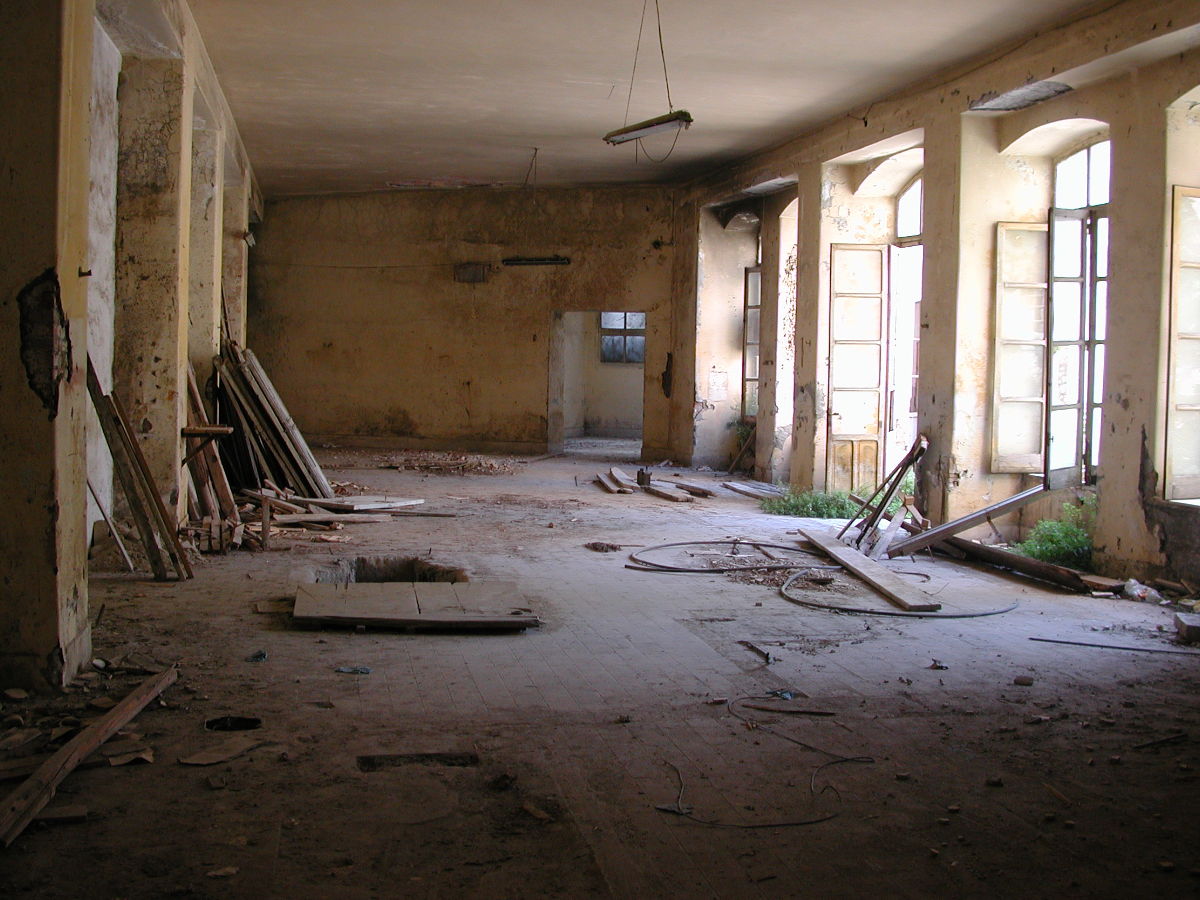 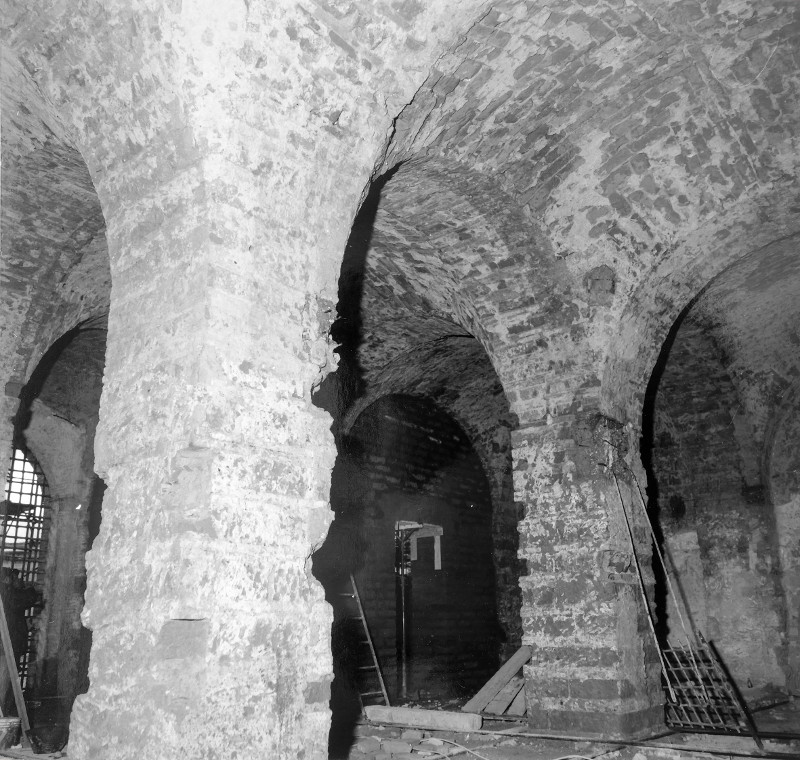 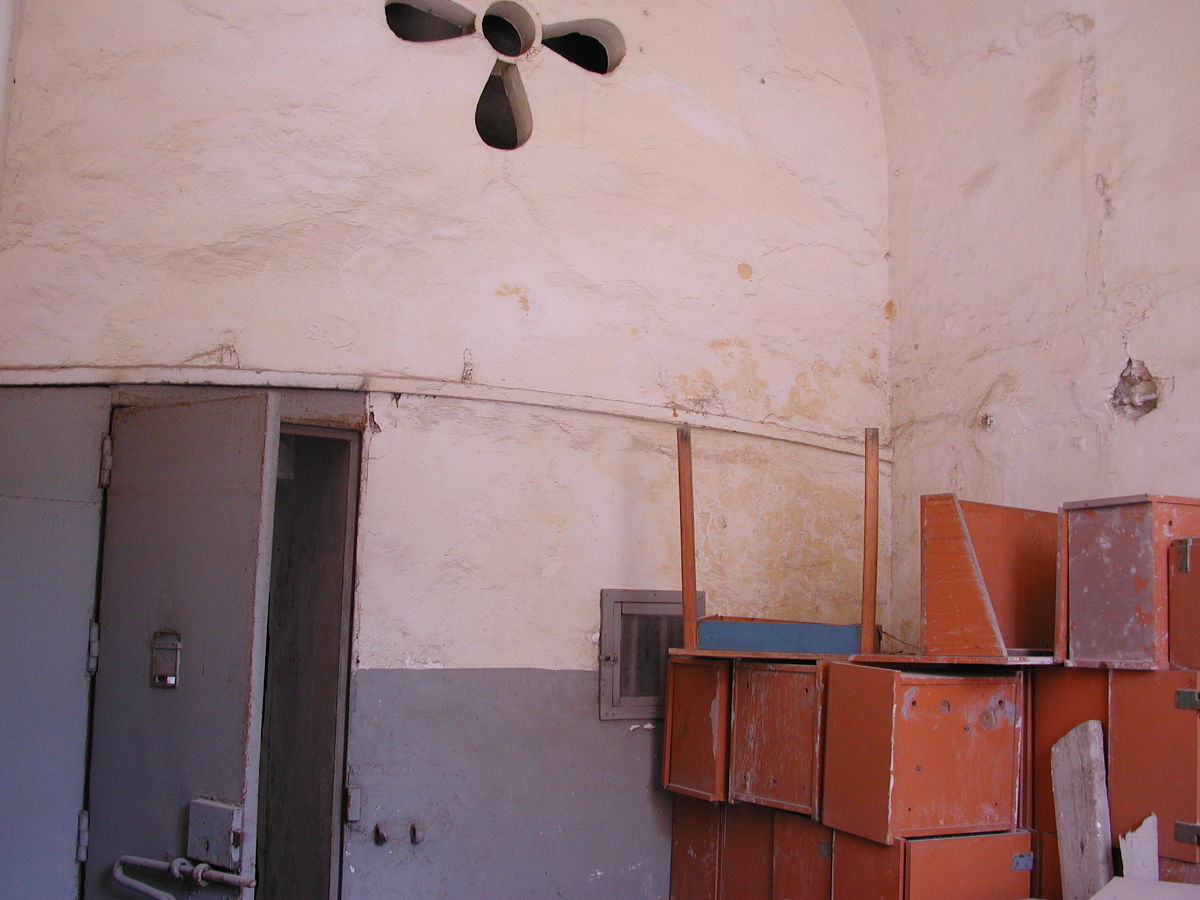 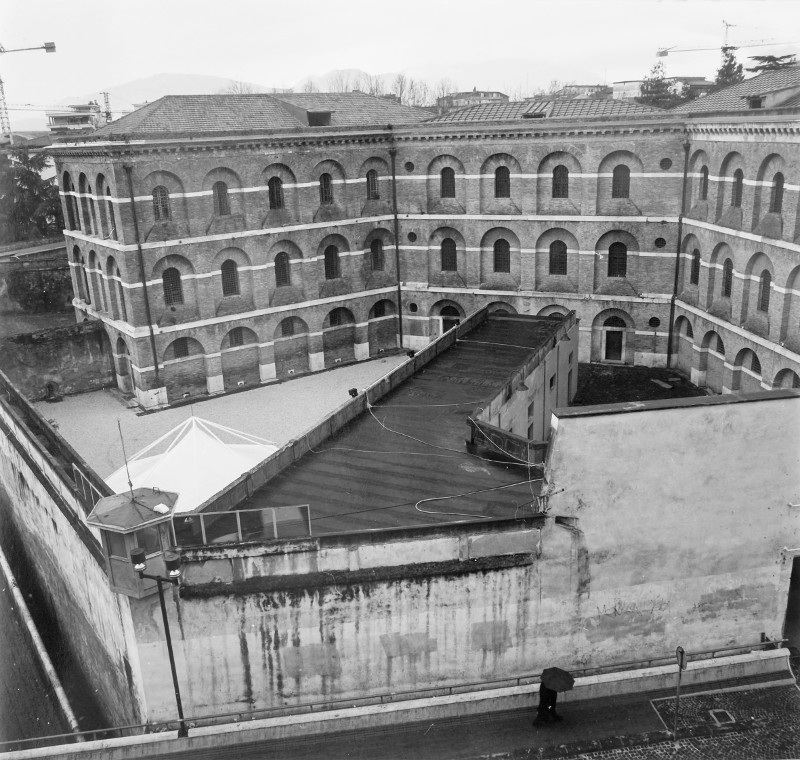 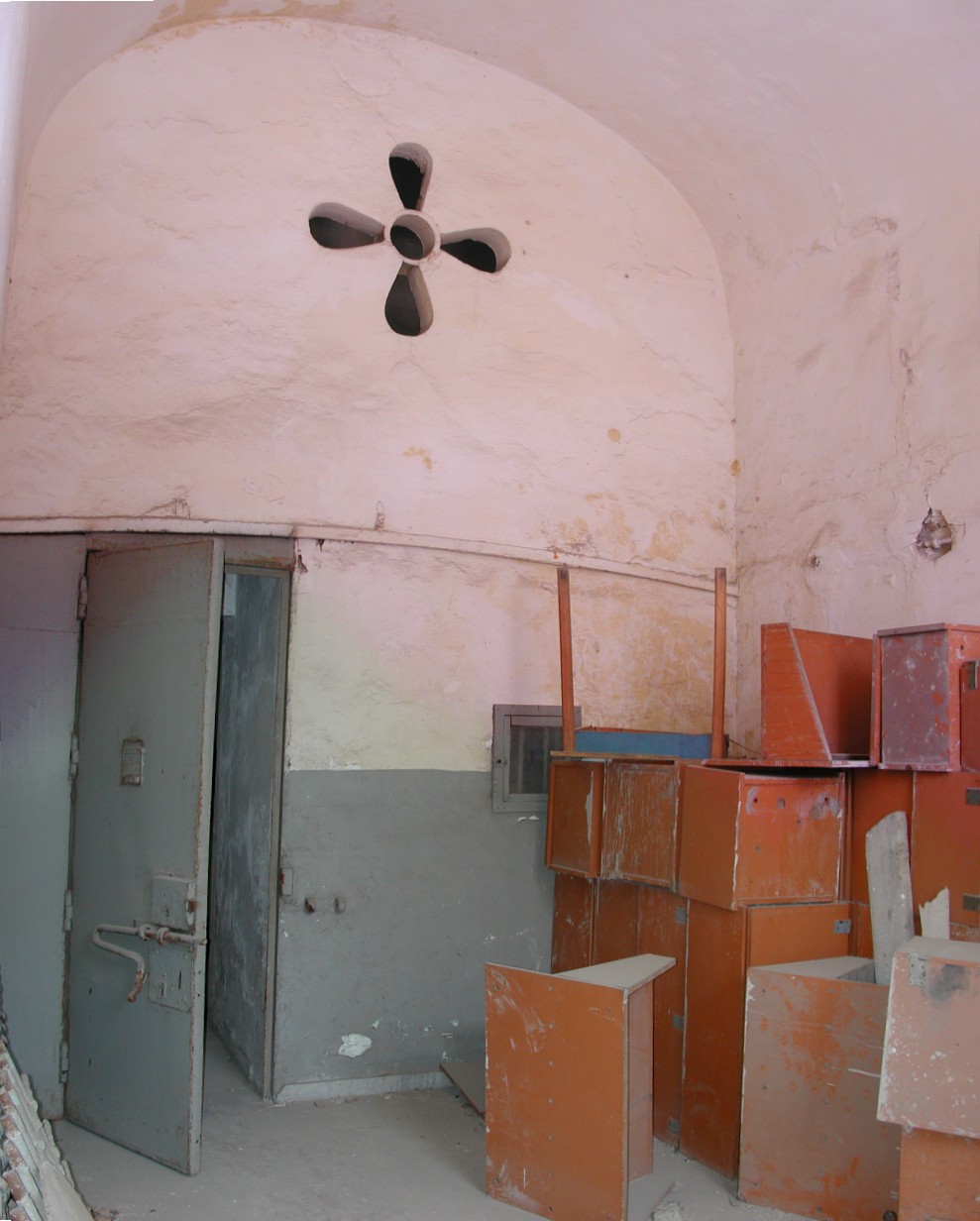 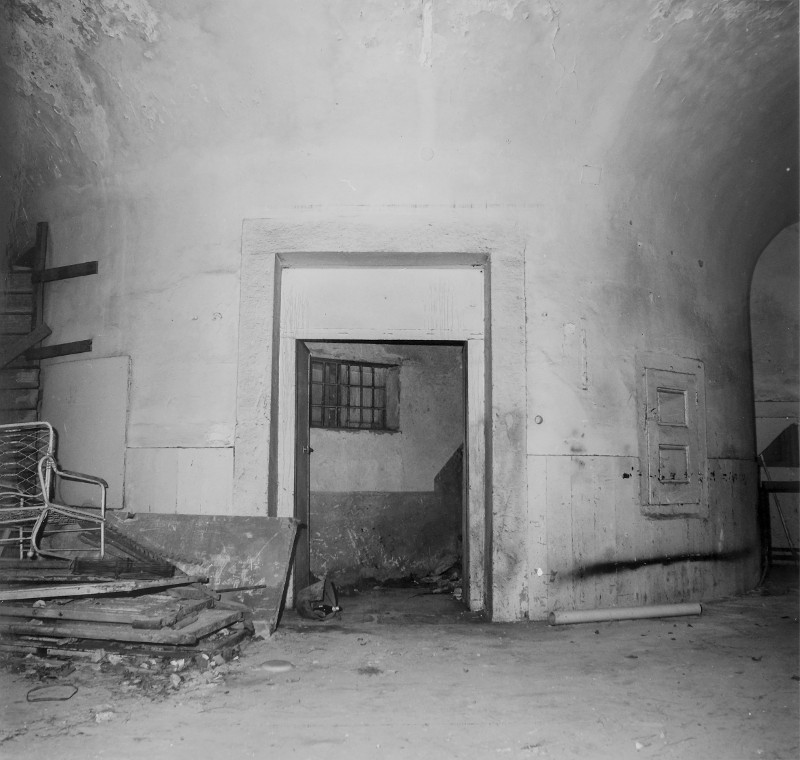 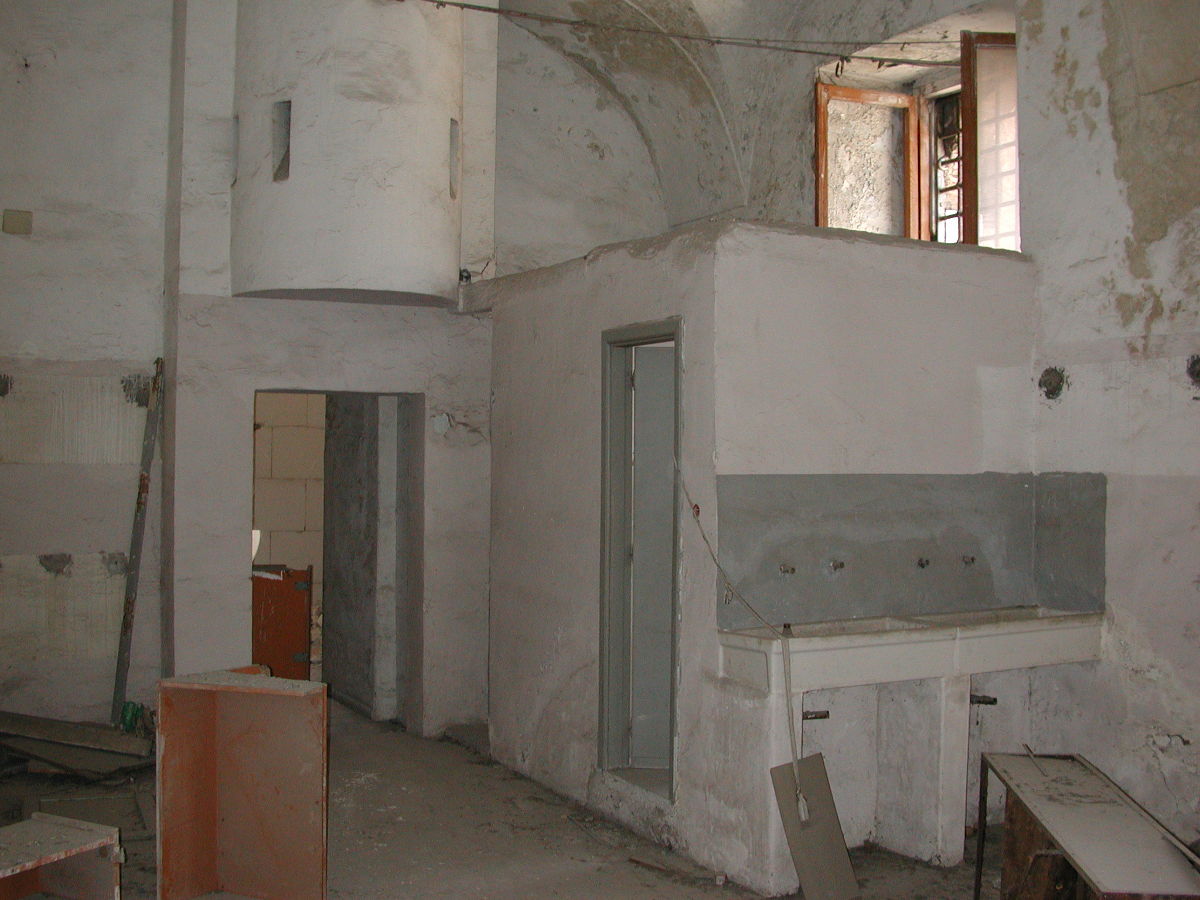 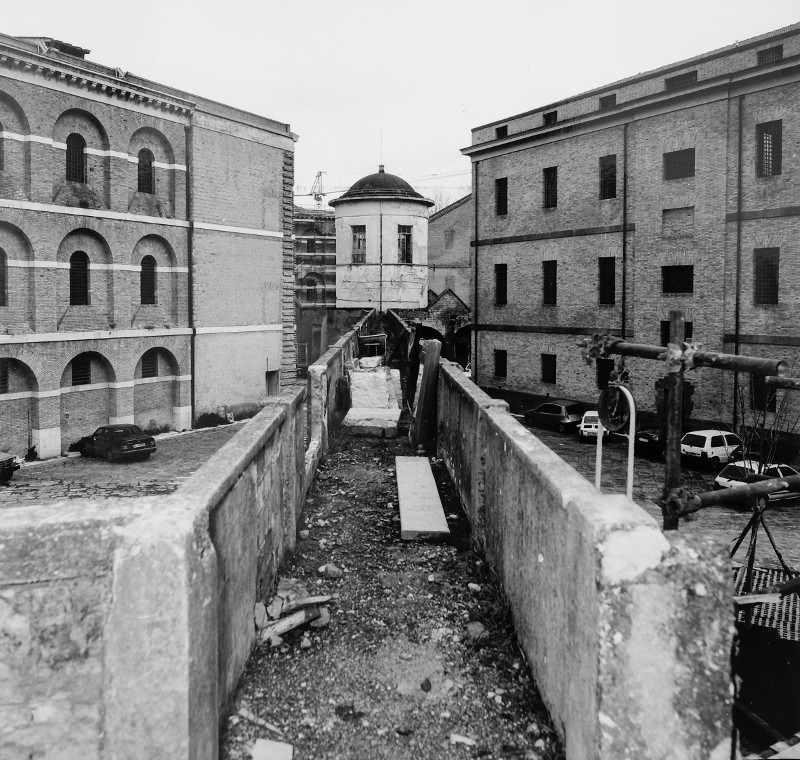 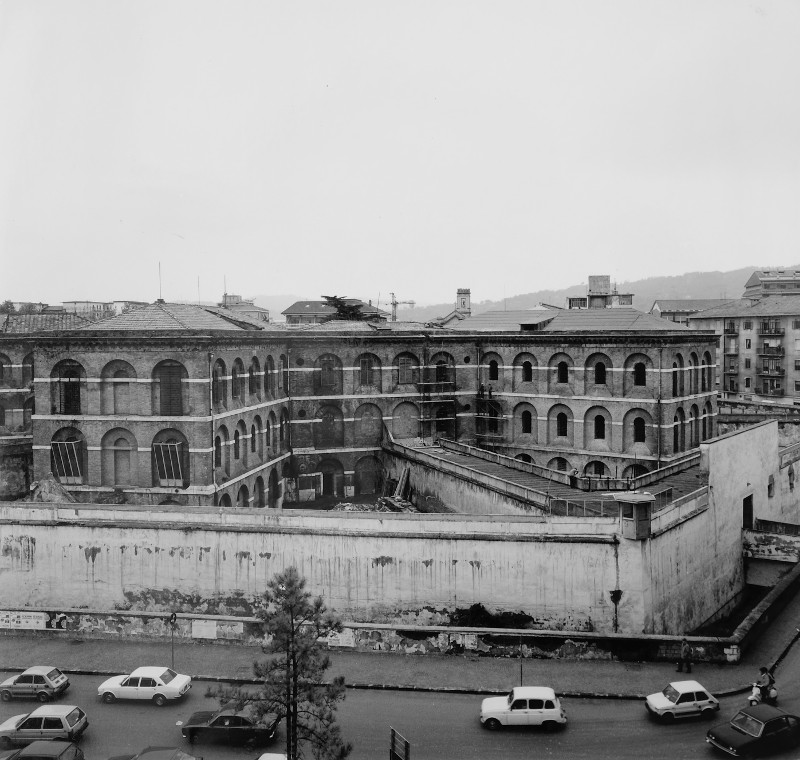 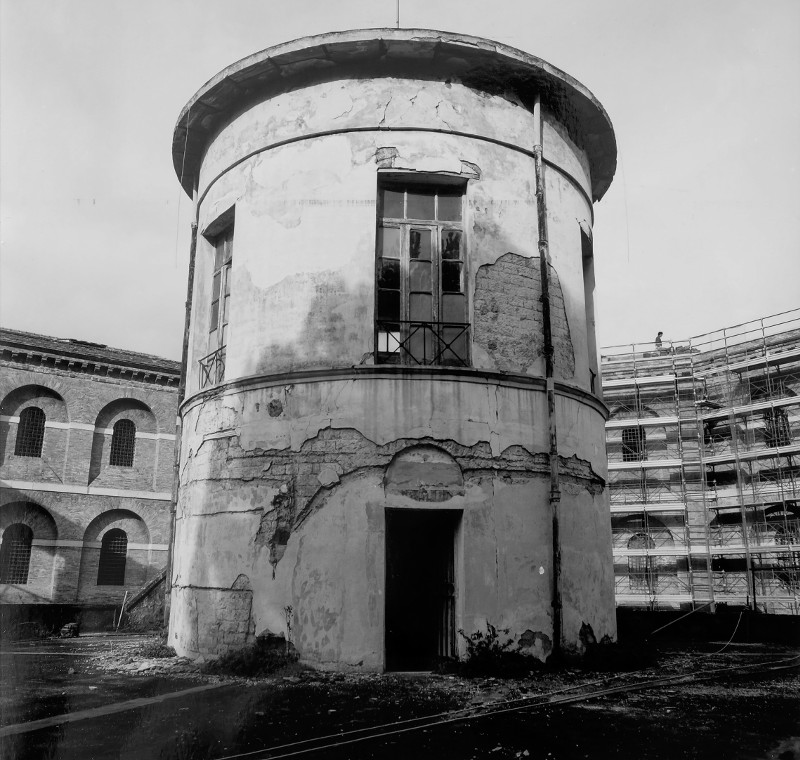 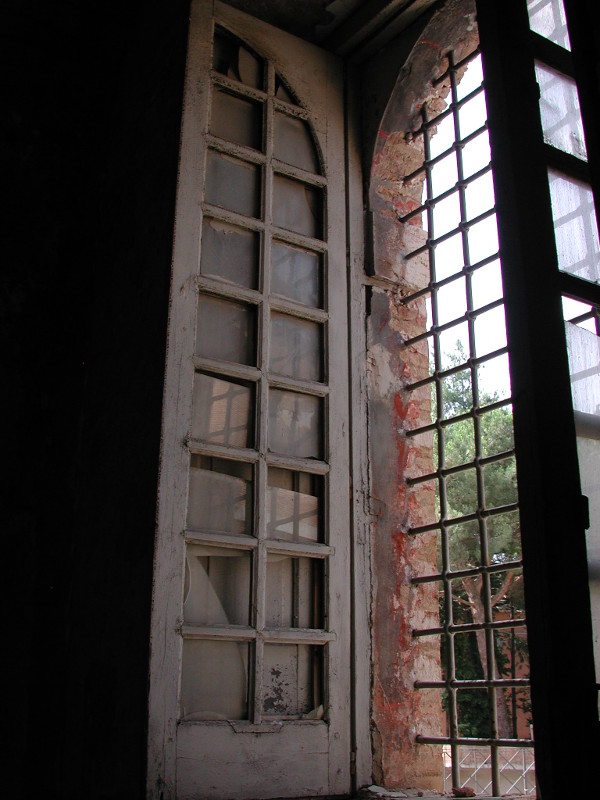 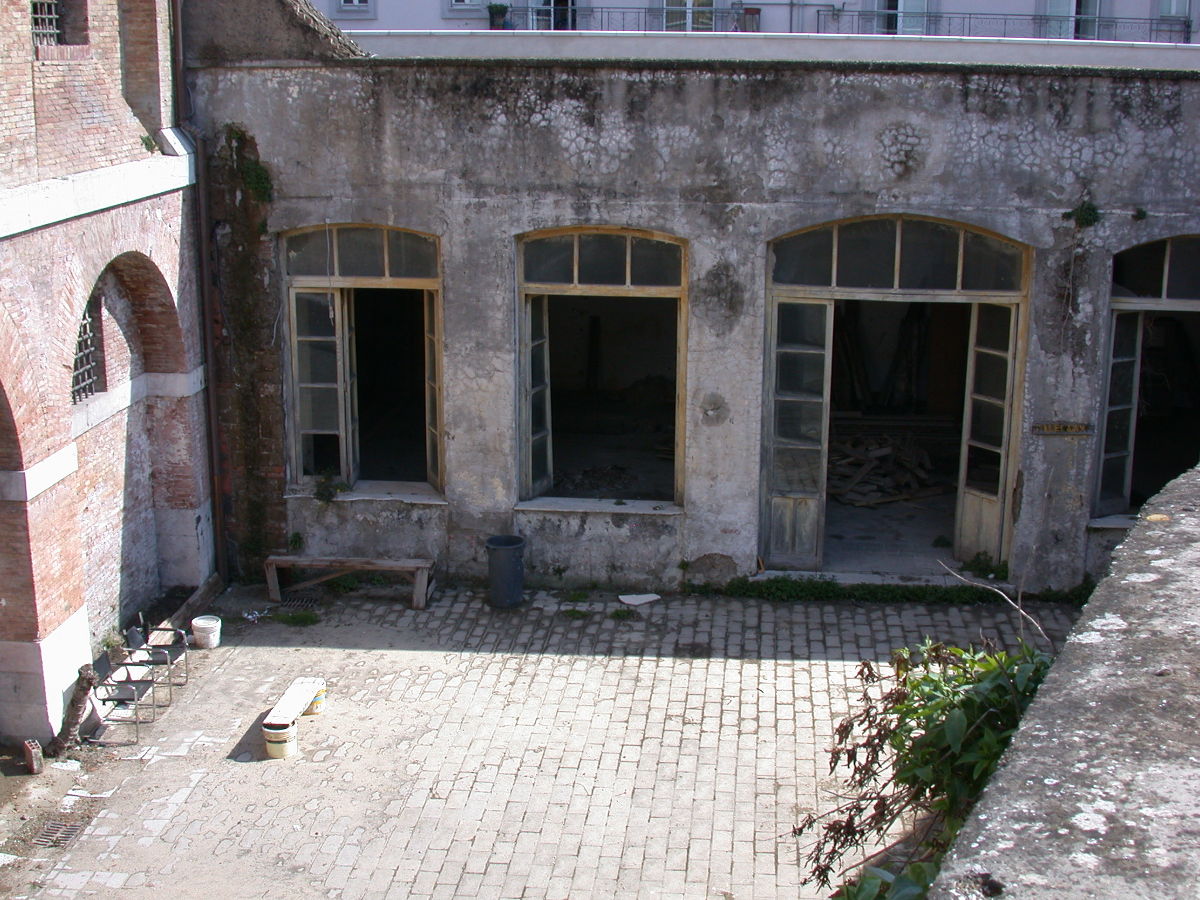 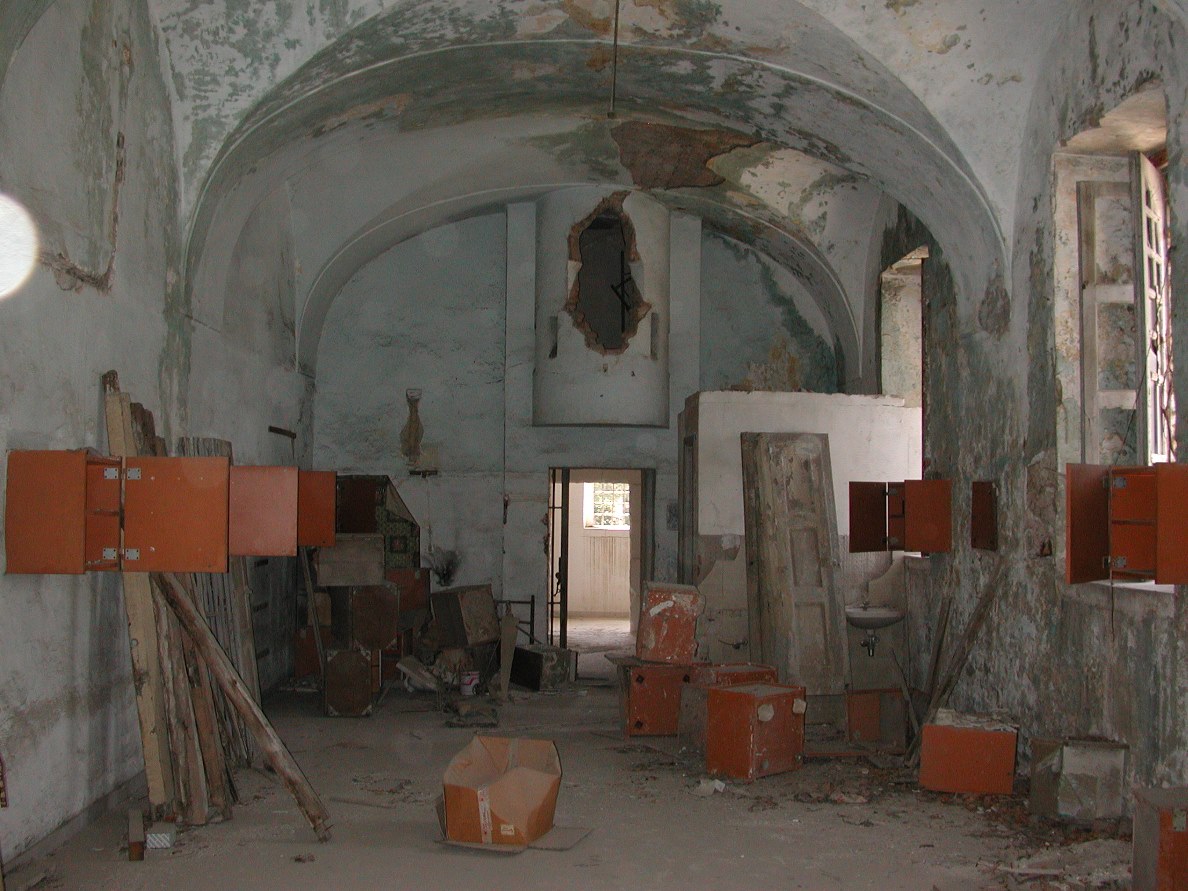 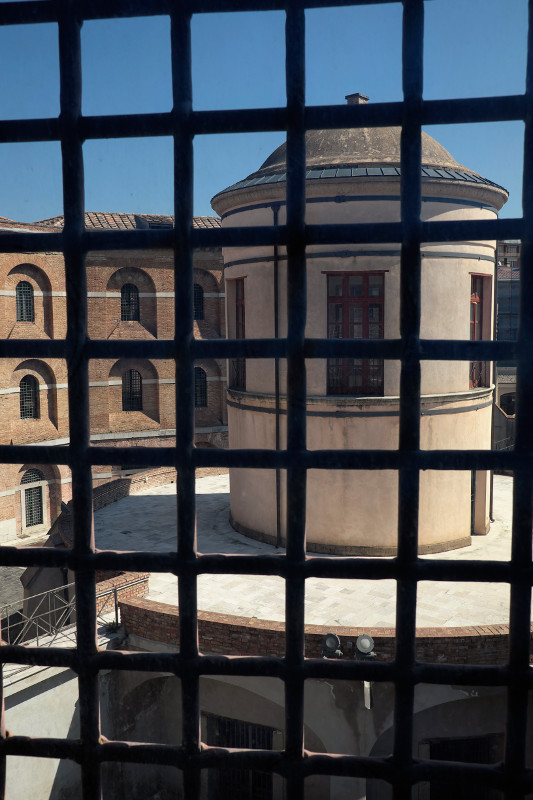 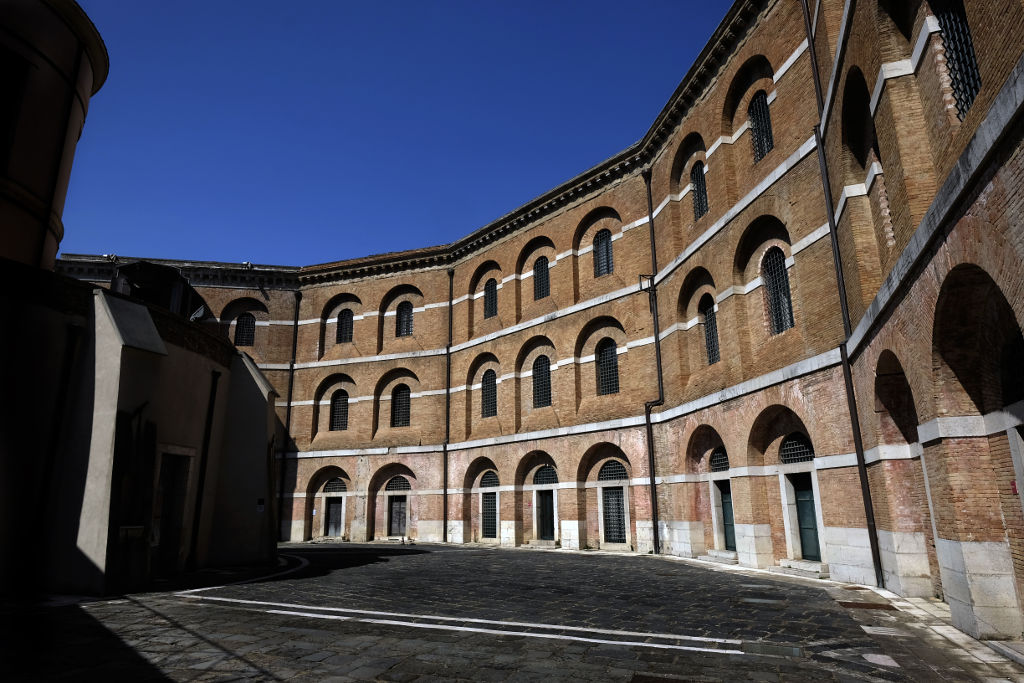 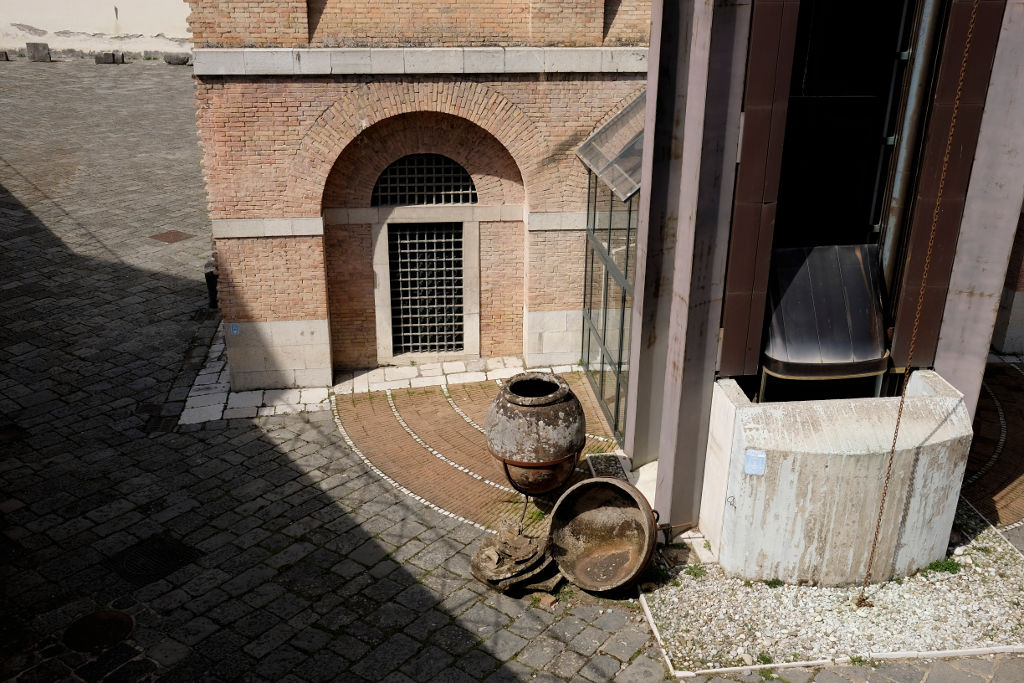 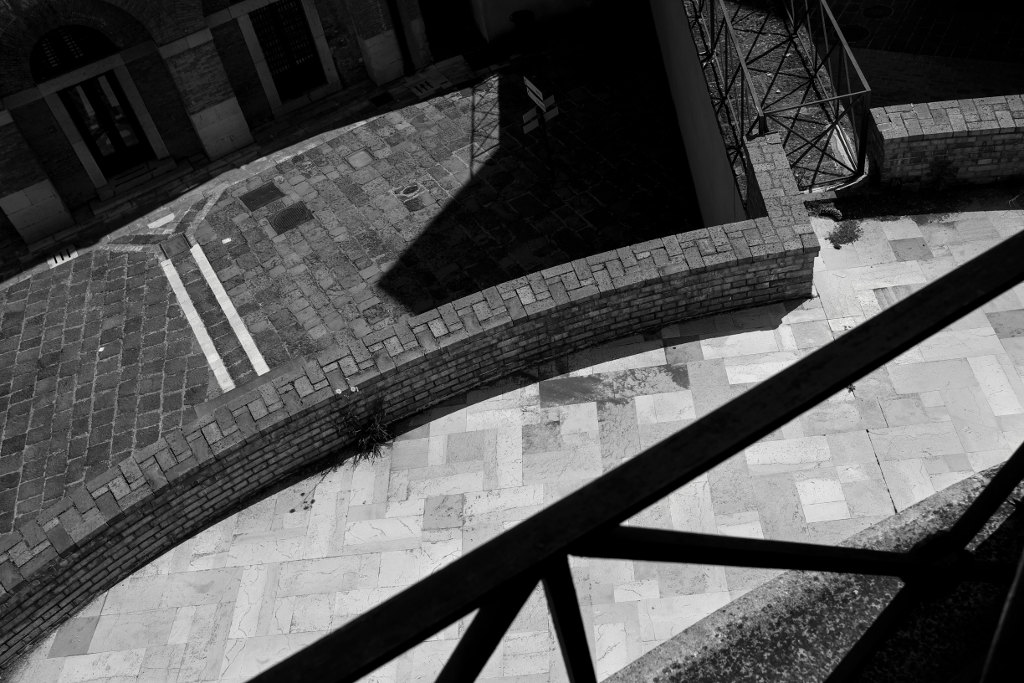 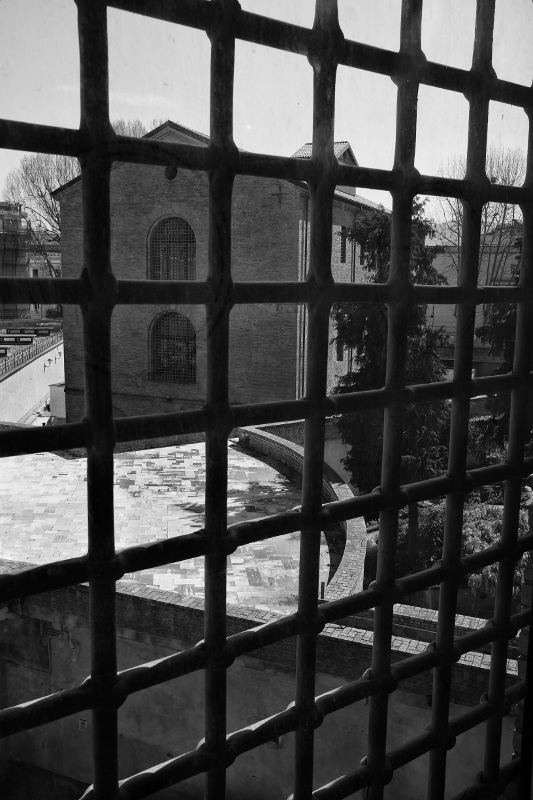 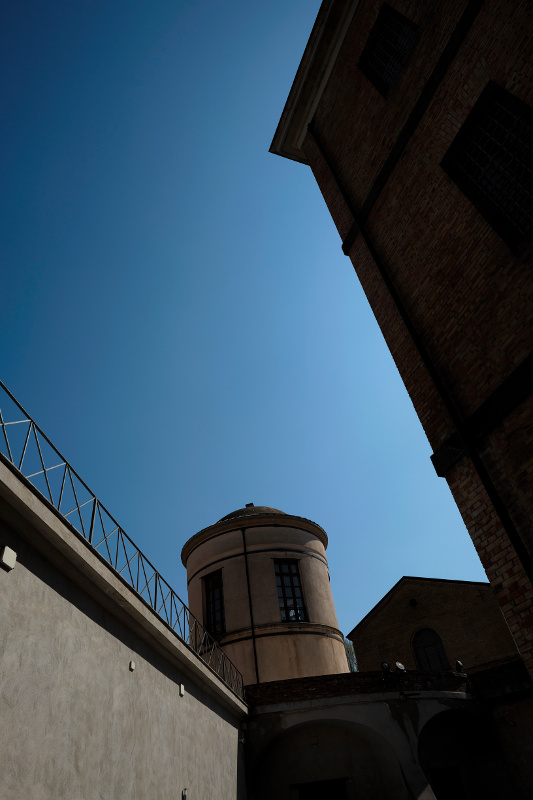 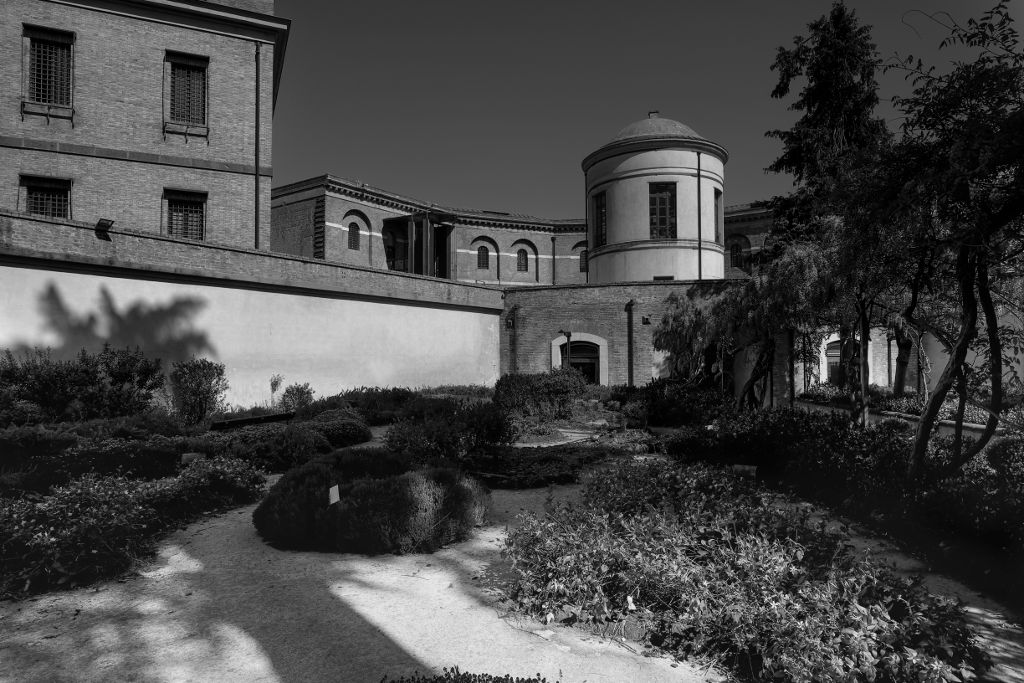 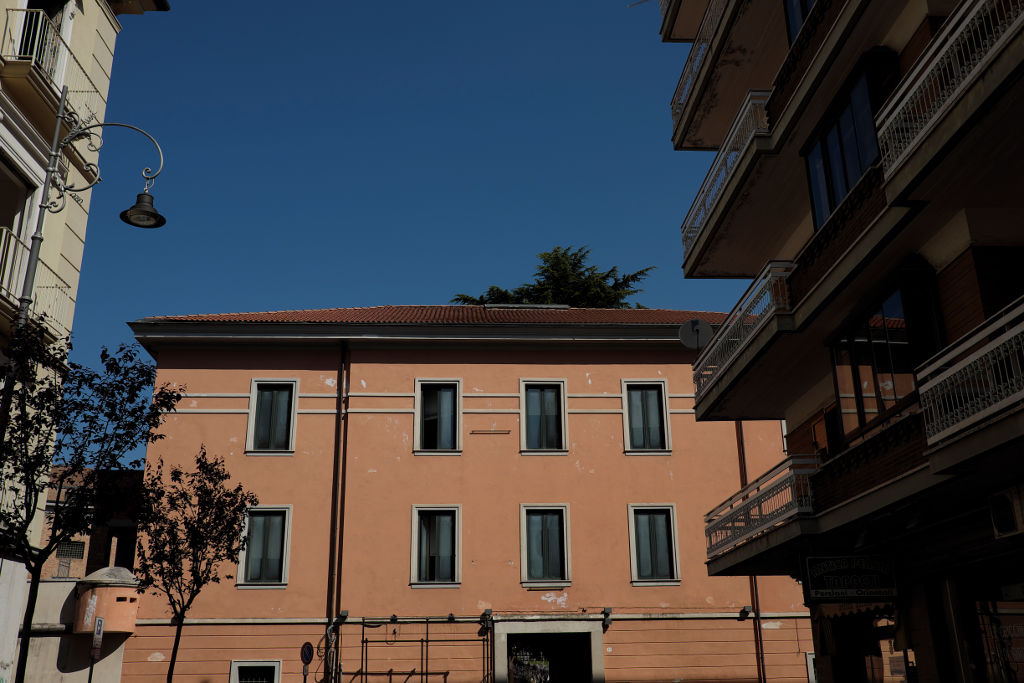 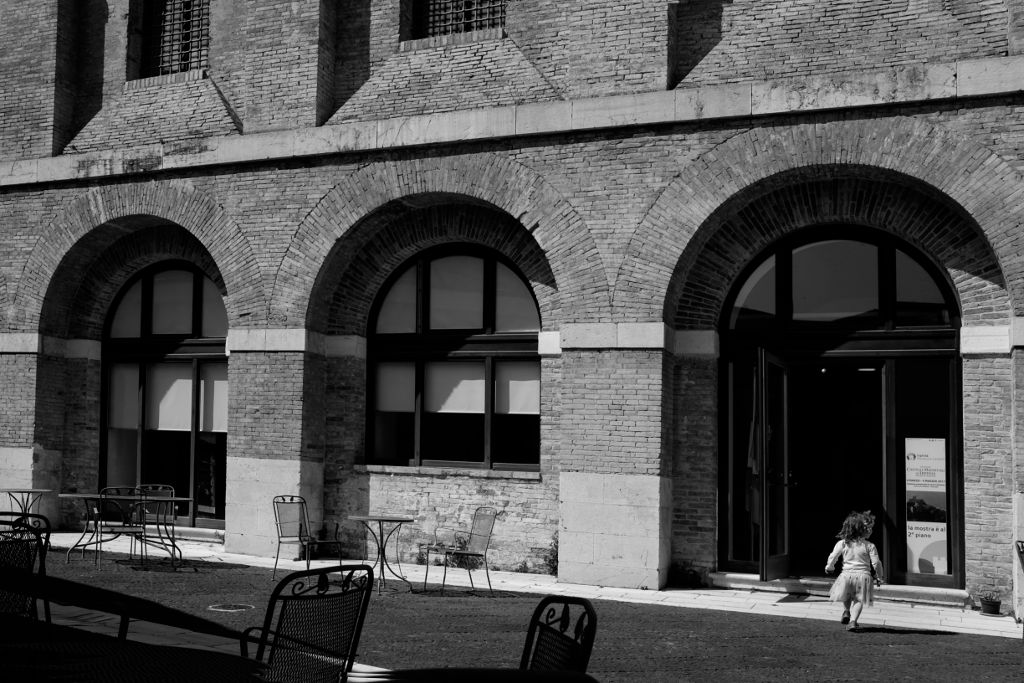 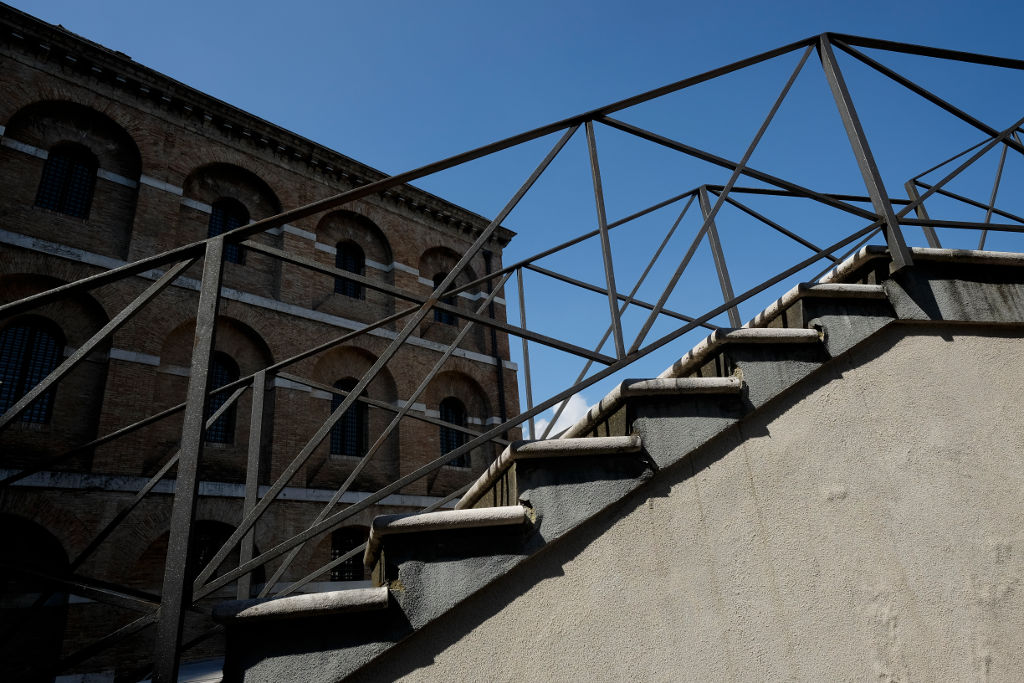 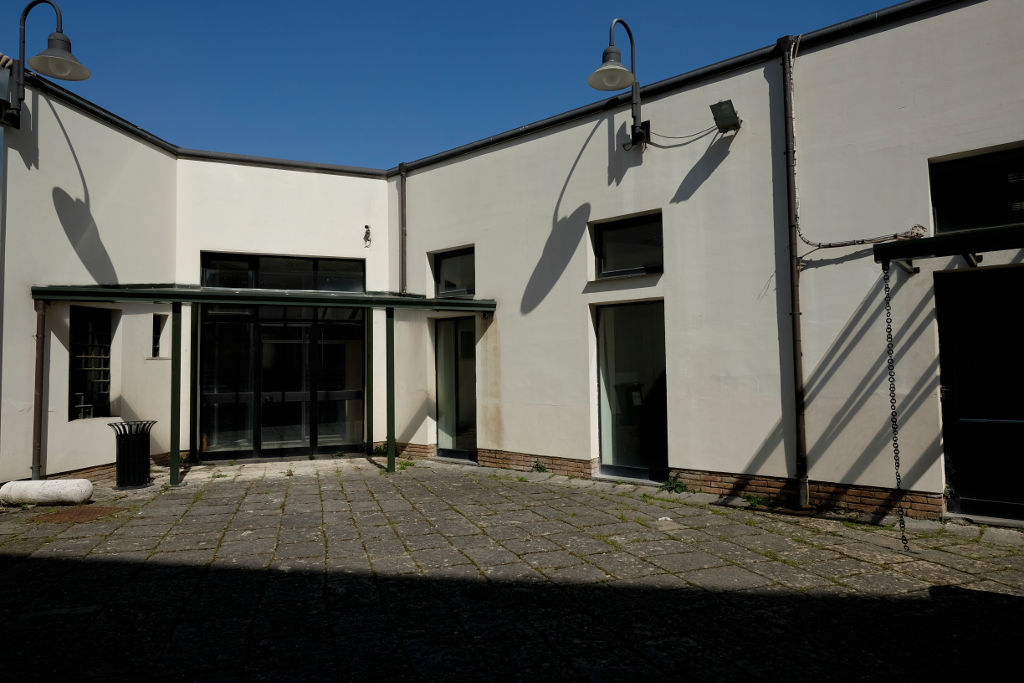 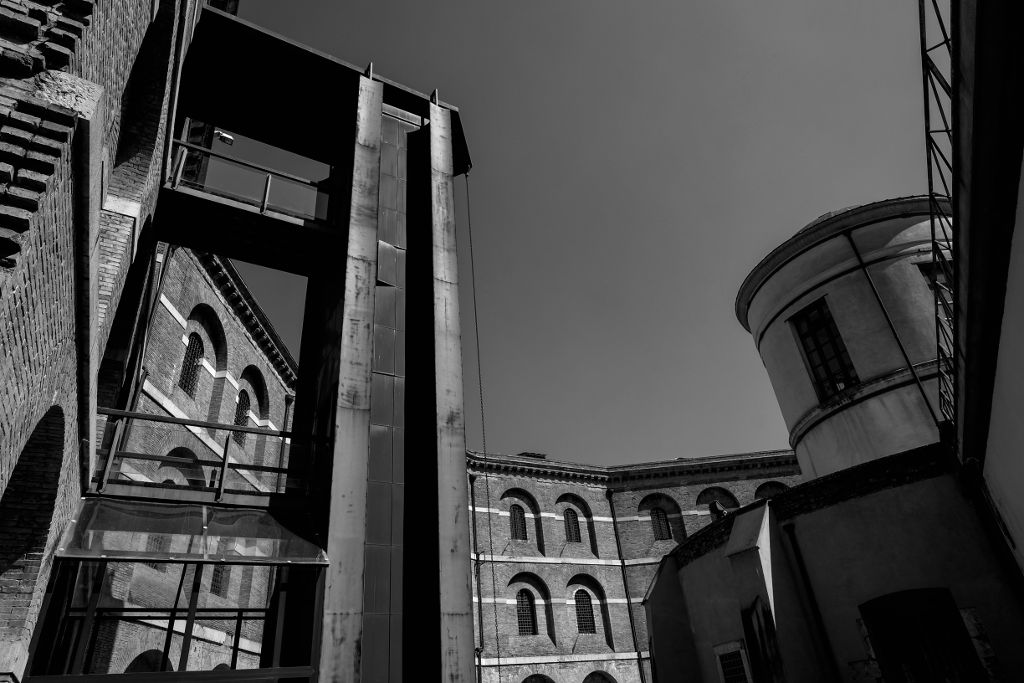